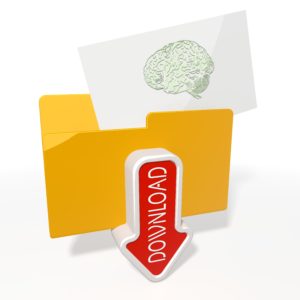 One of the basic tenets of Neurodynamic Couples Therapy is that human neurobiological programming surrounding mating is pointed toward the goal of metabolizing emotions that have been locked in our brains since childhood.  We believe that this is a new, more scientifically informed way of viewing the old idea of repetition compulsion–not as a destructive process to be avoided, but as a constructive process that is nature’s way of offering the best opportunity possible to heal past wounds, losses, and traumas.

The first step to metabolizing an emotion is to experience it in real time–not just talk about it; actually feel it as if it were happening now.  Early emotions that are stored mostly in our right brains are not available to conscious processing.  Here’s where the necessity of a close, intimate relationship comes in.  Potential partners will ONLY be attracted to another who sparks these old feelings from childhood mostly out of conscious awareness.  This is a critical element of the “chemistry” that we associate with falling in love.  As all couples therapists have seen, marital partners are the perfect candidates for creating the reliving of childhood emotions that are stored in the nonconscious portion of their brains.  They are already doing this spontaneously, repeatedly, and usually dramatically by the time they reach our offices, so very little prompting from the therapist is necessary to facilitate the re-experiencing of childhood feelings in both partners.

The skill of the therapist comes into action around intervening when the old feelings are present in order to facilitate the next two steps in metabolizing emotions–labeling the feelings with words and redirecting them toward important figures in both partners’ pasts.  Most of the previous posts have addressed the many ways the therapist must work to maintain safety in the treatment at this point, because a sense of danger in both partners almost always accompanies the re-experiencing of childhood feelings.  As stated previously, partners will usually insist that it is the other person who is creating their disturbing feelings and that the issue is really only in the present.  The skillful therapist will successfully balance between assuring that both partners’ feelings are validated, while encouraging exploration into their true origin in the past instead of getting sidetracked into seeking a resolution to a current problem.

It must be continually reinforced to the couple that this painful process in which their brains have naturally engaged is helpful and productive.  The final step toward metabolizing an emotion can be fostered by questions from the therapist such as, “What’s it been like to feel this way?”; “When was the first time you recall having this feeling?”; or “Could you tell us more about this [anger, sadness, disappointment, etc.]?”  This facilitates a jointly experienced empathy and an in-depth understanding that finishes the metabolizing of the emotion, releases it from the nonconscious right brain, and frees the energy that has been being consumed by holding on to the unmetabolized emotion.